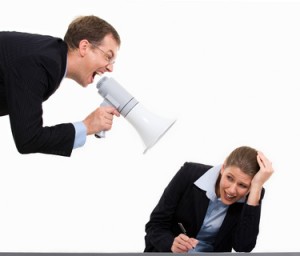 One of the types of interview questions that cause job seekers a lot of trouble is about former bosses. Discussing previous supervisors often paints a great picture of the attitude of the job seeker. Unfortunately, this is one area where job seekers tend to lose their professionalism and turn very negative.

A few of the variations of questions about former managers include:

These questions open the door for you to talk about the aspects of a former boss that you did not like. Usually, this spells disaster.

I’ve interviewed a number of job seekers that interpret these questions as a green light to badmouth a boss. In the worst cases, years of pent up frustrations and resentments boil out.

The problem with answering a question like this is the interviewer may interpret your attitude towards a former boss as the attitude you will have with your future boss. One of the key goals a hiring manager has is to select a candidate that will not be a problem. If you send signals that you had an attitude problem in the past, your chance of getting hired goes way down. This is the pitfall many fall into.

You don’t have the option of avoiding this question. You have to give an answer. The best approach is to honestly assess the strengths and weaknesses of your previous supervisors.

Let’s look at two examples of how to answer the “worst boss” question.  We’ll start with a poor answer:

There’s no contest when it comes to the worst boss. I worked for a guy that was abusive and offensive. This manager routine screamed obscenities at all of his subordinates. One of the games he would play was to find the nickname that would make each person the maddest. He was absolutely terrible and got sued a few times by employees for harassment. The verbal harassment was bad, but his guy didn’t stop there. He routinely brought handguns into his office and would show them off to threaten employees.

This story is completely true and the reality is actually worse than described. Despite being true, this would be a terrible answer in an interview. The following example would do much better:

I’ve worked for a variety of bosses with a mix of strengths and weaknesses. One in particular comes to mind. This individual managed the facility where I worked. As a manager, he was very good bringing the team together and motivated cooperation to get things done. The one weakness this individual had was in creating sustainability. He was very good at creating rapid change but rarely implemented performance metrics and follow up procedures that would sustain the change. In working for this manager, I learned how important it is to build systems that will sustain and continue to build on improvements.

This example details a very specific weakness of a former manager, along with the manager’s strengths. It is a much more balanced approach. The most important part of this answer was the lesson learned – the importance of building systems to sustain change. An even better answer would incorporate an example of how the job seeker implemented a system that helped maintain performance improvements.

Hopefully, you have assessed the managers you have work for and understand their strengths and weaknesses. If you have done this, developing a strong answer about a former boss should be easy.