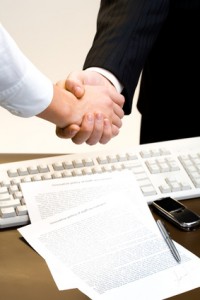 I selected accomplishments from the resumes of sales professionals to show some good and bad examples.

This accomplishment is very good. It gives enough context to peak the reader’s interest. The job seeker frames his position as the underdog. He gives some scope to the situation by describing it as multi-million dollar, with multiple accounts and international. He also gives a glimpse of how he succeeded: repeated trips to the customer to resolve complicated issues.

There are a number of questions about this that are left unanswered. I would want to know why the job seeker’s firm was the underdog. I would like to know how the size of this project fit with the typical sales at this firm. I would like to understand the issues that were overcome and how the job seeker did this. Answering these questions in a resume could be difficult. I expect that the text would be long… too long to be effective. Leaving this information out was a good call. The accomplishment peaks the interest to learn more. This is the goal of a resume: get the reader to want to talk to the job seeker.

Presented and sold this new concept technology to gain substantial acceptance with <list of six customers>. I worked intimately with nearly 100 <end-users of the product> throughout <metro area>.

This bullet was a stand-alone accomplishment. The presentation did not make it clear what the “new concept” was. The confusion resulted from the order of the information. There wasn’t a specific line defining the “new concept technology” and the descriptions of technologies were not immediate preceding the bullet.

The second problem with the bullet results from the lack of scope. I don’t know what the job seeker considers substantial acceptance. The bullet doesn’t show the sales volume, the performance relative to goals or if the rollout was considered successful.  Without more detail, this accomplishment is unlikely to make much of an impression.

One of five consultants hired from over 500 applicants for the marketing team.

This is a waste of space on a resume. It is very common that a company will screen in excess of 100 people for each hire. Even worse, this bullet says nothing about the success of the job seeker. The only thing it indicates is that the job seeker was hired in the past… not exactly earth shattering information. Focus on specific performance results, not getting hired.

Currently ranked 12 out of 90 representatives in the Western region

I like rankings on a resume. They give a context for the job seeker’s performance. To rank 12th out of 90, it is likely the job seeker performed well. It isn’t guaranteed, though.  There may be variations between territories or other factors that cause comparisons to be unreliable. Despite this, a bullet with your rank relative to peers is good to have on a resume.

Make sure you include other accomplishments in addition to rankings.  A resume that just lists sales rankings, with no details of how the rankings were achieved is very forgettable.  A good tactic is to provide ranking bullets with a couple bullets that show specific examples of your success. Including both types of accomplishments can make an impressive presentation.