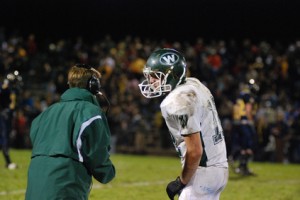 Continuing from yesterday, I have four more sales accomplishments from resumes showing how some job seekers attempt to demonstrate their success.

This bullet is ok. It’s better than nothing but doesn’t make a strong impression. The job seekers fails to provide sufficient context. I can’t tell if adding 15 accounts was good or terrible. Knowing the goals for the position would help. Providing an indication of the change in total sales would give the scope. I would also like to know how this sales performance compared with the performance of others at the company. For example, in a booming industry, where most sales people are doubling their sales, an increase of 20% would be a dismal failure. Finally, I would want to know what the margin of the new sales compared to the old sales. Anyone can win new business by cutting margins or selling at a loss – this would not be an accomplishment.

Established a customer base of 25+ accounts for newly created division.

This is bullet is similar to the preceding bullet – the scope of the performance is omitted. To improve this, the job seeker should include the budget goals, in customers and dollars and how the performance compared to the goals.

Spearheading a remarkable “worst-to-first” transformation, leading an extremely low-performing sales team to become the only one in the region to exceed 1st quarter objectives, and leading this same team to grow revenue from $3.7M to $8M in 3 years.

I like this accomplishment. It starts with some hype… “remarkable worst-to-first transformation.” Hype is usually a mistake in a resume. The pitfall you need to avoid is making very general, broad boasts that can’t be assessed.  Additionally, if you don’t back up your claims, boasting will hurt more than help.

In this case, the job seeker makes a very specific claim about turning around a team, and follows up the hype with a clear demonstration of why they made the claim. They define the starting point – bottom performing with revenues of $3.7m. The job seeker then shows the results… 1st in the region with $8m in sales. Further emphasizing the success, the job seeker adds that their team was the only one to beat expectations.

I would want to know what the job seeker did to achieve the results. Often, explaining the “how” is difficult in a resume. If the approach could be summarized in a sentence or two, it would make a good addition. If the approach was more complicated, it probably is better to leave it out and explain the situation in an interview.

Defined and implemented 5 year strategy to triple sales within 3 years to more $20 million.

This bullet sounds good but doesn’t really say anything. The job seeker planned to triple sales. Planning sales growth is easy… achieving the plan is what counts. Compare this to the NFL. Your now the owner of a team and have to select a coach.  You receive two resumes.  One lists a bullet that says the coach developed a plan to win the Superbowl within 3 years in their last job.  The other one has a bullet like the previous Turnaround example, “Spearheaded a remarkable worst-to-first transformation, leading a team with the worst record in the league to the Super Bowl in three years.”  Who do you want to interview?  It’s no contest… every coach has a plan to win.  It’s what you do with your plan, and what you achieve that will make a difference in an interview.